After a backstory that could fill a small novel, Maldaenis Fing'oln ended up chasing down a certain bandit leader who's name shall not be spoken of. (More detail on the backstory can be supplied as necessary). While tracking the bandit down, Maldaenis dabbled in the use of magic to control the elements in the hopes it could help in the inevitable battle. Once the bandit had been found, he died quickly in battle, mostly due to Maldaenis' new found talent in the magical manipulation of the elements. Seeking purpose, Maldaenis managed to find the seekers guild and hastily joined on the promise of adventure and new knowledge. It is also at this time where he decided to study magic professionally and eventually gaining mastery over the elements, deciding to specialise on the solidity and security of ground magic.

While studying the arcane arts, Maldaenis started to travel down a more questionable and controversial
path in the form of necromancy, though all knowledge of the subject was taken in the underworld where he came in contact with the Exile. Though no longer able to even comprehend how undead beings can even exist, it doesn't stop him from interacting with them. Maldaenis has often conversed with vampires and a certain...mishap in the belief that many undead beings can be just as civilised if not more than many of the other seekers. (Not to say that the seekers are un-civilised, rather the other way around).

As the ability to improve on elemental skills became ever more arduous, Maldaenis is becoming ever more eager to learn of new ways to improve his magical skills by other means. There are tales of powerful mages that have incredible abilities such as the ability to cast without ever saying a word. maldaenis' main goal now it to be ranked among those few and be recognised for his magical talent.

All in all, a decent chap intolerant of intolerant people, in a polite way.

Weaponry
Generally either a staff or mace though quite content without either.

Skillset
As one could guess, doing spells. This includes limited use of certain miracles. Maldaenis has the ability to cast very advanced spells through natural ability (i.e he does not have a magical item that grants abilities to him)

Likes: Magic, Information, fairness, decency, a fair scrap, a spot of class, Norns, Vampires, experimentation.
Dislikes: Ignorance, having information withheld from him, deception (against him), people not telling him things, secrets (not his), in-decency, barbaric behaviour, most bandits. 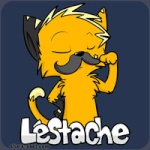 Nice. Pretty sure I know what Syuzannah would say about that.